If you’re not deeply familiar with modern software development, you might be a little surprised by how software is actually developed today. Traditionally, software was created by large governmental institutions or corporations. Over the last few decades however, the center of gravity has shifted dramatically. These days, the world’s most complex software projects are often developed as collaborative open source projects, with contributors drawn from an international pool of experts. Projects like Linux, Git, Postgres, TensorFlow are all open source efforts with significant community participation.

This state of affairs is so ordinary these days that we hardly think to remark on it. But let’s pause and consider it more carefully. What actually drives the development of software in this fashion? Most open source contributors don’t directly make money from their contributions. They might perhaps be paid by a forward-thinking company perhaps, or hired for their excellence as developers and permitted to invest “20% time” in the project. Or perhaps they work nights and weekends out of a spirit of community or desire to see the project thrive in its own right.

It’s humbling when we stop and think. The world’s tech companies increasingly run on these open source foundations. I’d argue that it’s because we have open source software that we’re able to enjoy high-quality free services like Google’s or Facebook’s. (There’s issues with ad-based business models no doubt, but a topic for a different post.) Since companies are able to rapidly build on top of open source software, they can iterate much more rapidly and charge much lower rates since their development costs were kept low by open source.

Contrast this situation with that in drug discovery. The process of developing a drug is a long and tortuous process. Typically development happens within the silo of a single company. Perhaps a biotech makes the innovative molecule or treatment, sells it to a larger pharma for development, which then works with the FDA to conduct clinical trials and get the molecule into the clinic. The FDA approval combined with patents provides a very strong moat for the company. This provides the freedom for the company to charge high prices for the drug (sometimes egregiously high even).

What if drugs were somehow developed instead the way open source projects are? That is, by loose teams of researchers, scientists, and developers scattered across multiple companies and governmental organizations. Research and development could proceed asynchronously, with interested talent pitching in from a diverse variety of sources. What would drive these scientists to participate? Likely the same forces that drive open source developers to work for free. A desire for greater professional recognition perhaps, or the deep routed desire to eradicate a disease from the human experience. One challenge here though is that advancing a drug requires real experiments and real clinical trials. It might be possible for the smaller in vitro experiments to be donated pro bono, but the clinical trials will likely be too expensive to perform without additional resources. One possibility is that it might be possible to write grants to secure the needed funds. It isn’t yet common for open source consortia to write grants, but that’s starting to change. Innovative projects like the open force field initiative are driving motion in this direction.

Another possibility is that it might be feasible to use the new tools of crypto. Bitcoin is itself an open source project. And yet it underpins a tremendous economy of Bitcoin activity. It is likely possible to create a set of smart contracts that sells “shares” in molecules created by the project in return for partial ownership of the designed molecules. A decentralized autonomous organization (a “DAO”) could be used to govern these funds and solicit experiments. The Tezos blockchain project uses this style of governance to evolve itself and add new features as needed. In this fashion, biotech and pharmaceutical investors could invest in the project and provide the necessary funds for development. Importantly though, development would happen in the open, so there would be a careful accounting of actual expenditure on the public blockchain. It would no longer be possible to claim that sky-high prices were justified by the research expenditure since the audit trail would live out in the open.

For now at least, this vision is a little fanciful. But part of the aim of this forum and the DeepChem project more broadly is to catalyze the growth of the open source community working on curing disease. I don’t think that it’s sustainable to develop drugs in the way we’ve done so thus far. There’s not enough money in the economy to fund multimillion dollar gene therapies for every patient. We need to shift to a different model, one which reduces the bloat in the system, but which doesn’t kill the innovation that is needed to treat disease.

Another possibility is that it might be feasible to use the new tools of crypto.

The obstacles to this are legal, financial, and cultural. Not technological. The solution is a cultural change, not a new piece of technology.

Suppose a company releases a large collection of experimental data, making it freely available to anyone who wants to analyze it. Suppose someone volunteers many hours of their time to mine that data, and based on it proposes a new approach to treating a disease. Ten years and $500 million later, that leads to an approved drug. Should the company that created the data receive a portion of the revenue? What about the person who did the data analysis? If so, what fraction? It doesn’t help to say that everything happened in public and everyone knows who did what. You still need to divide up money, and that’s a legal question, not a technological one.

Contrast that with software. For the most part, no one tries to charge for open source software. Some companies give away software then sell support or consulting services. Some companies build online services which are partly based on open source software. Lots of companies sell proprietary software that happens to use open source libraries. For those companies, it might be a good investment to pay a few of their employees to contribute to the open source project. They make sure the software they depend on remains healthy and that it gets the features they need. But in any case, there’s a very clear division between the free tools that everyone shares, and the proprietary products that they charge for.

The same thing could happen with drug development. Companies could start opening up their internal data and tools. Those would be the open source part, the things everyone shares and no one charges for. And separately there would be the things they get money for, the approved drugs. This would require a cultural shift. Companies would have to get into the mindset of giving things away for free, with the expectation that everyone else will do the same. I suspect many pharma executives would call that idea absurdly naive and idealistic. And yet that’s exactly what has happened in the software industry, and it works amazingly well.

This made the news recently
https://owkin.com/ 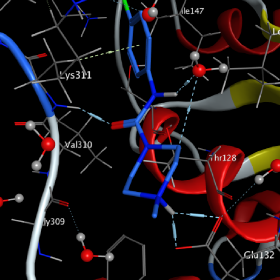 A consortium of researchers interested in open ways to discover and develop new, inexpensive medicines for bacterial infections. Join in! - OpenSourceAntibiotics

and we are seeing considerable efforts towards COVID-19.

to name but a few, the early stage basic research is being moved along (slowly) with grants and goodwill from people donating times and resources. The issues comes when you need to do development, safety studies and clinical trials, build factories to make it, all under a highly regulated environment. You then need someone to pay the multimillion dollar costs.

What if some platform like GoFundMe or KickStarter was used to pool money from the community for the purpose of raising funds for tests, clinical trials, and then any drug company could then manufacture these compounds

I think part of the challenge is regulatory here. The amount of money needed to run the trials needed for approval are very high. It might be possible to community fund past Phase I perhaps, and then get a compassionate use exemption to allow for volunteer efficacy testing if it’s a rare disease.